After event for kids

A fit, determined, well-dressed (bald) man approached our DRUMSTRONG cancer health resource booth 3 1/2 years ago, filled in our sign-up sheet, smacked it back on the table, looked me square on and said “You never know when you’re gonna be told”.
I said, “So I can assume your shiny head is not a fashion statement”. We were immediate friends and brothers in survivorship support. We planned a SWATAC (SWAT Against Cancer) Team for DRUMSTRONG.

Jerry was an FBI Special Agent and SWAT Team Leader, who lived the FBI motto of “fidelity, bravery, and integrity.” He served two tours in Iraq and helped in efforts surrounding the World Trade Center search and recovery. He was a member of the Knights of Columbus and was as comfortable calling numbers at bingo halls as he was leading SWAT missions. Jerry was known as a protector and leader, a champion of people and causes, who believed in fair play. His energy and optimism were boundless; his smile and sense of humor could fill a room.

As much as he dug our rhythm-driven cancer awareness and fund raising initiatives, unfortunately, Jerry was never well enough to attend a DRUMSTRONG event.

I welcome his family and friends to come out May 17, 18 & 19 to drum in his honor and focus on assisting causes that were close to his heart.www.drumstrong.org

“Attitude is the difference between an Ordeal and an Adventure”.

I have started to contact you many many times over the last several months. But stopped each time. First, know that nothing has changed about how I feel about DrumStrong and the dedicated silent heroes that make it a success. Cancer or not, I am impressed by your organization, proud to know you, and heart-warmed to know it exists.

So, I got very busy. I know it’s a cop out, but in addition to work and travel, my cancer adventure gave me a good smack in the back of the head and helped me to refocus family priorities. Cancer, up to this point, has actually been good for me. I’m a better person now than I was before.

With all that on my plate, I kept procrastinating contacting you. I wanted our conversation to include me jumping into DrumStrong with both feet and not some lame promise to help a little here or there. That point didn’t come as your event date got close. Then I felt like an idiot near the end, saying “I know all the work is done, here I am” (though typical of a government employee).

Even this email that I write now, was almost pushed off to “tomorrow or later this week..” I decided to do it now.

It’s been a wild ride for me. Originally diagnosed in June 08, I was in remission by Nov 08. In August 09, the cancer was back. In addition, scans showed other unrelated problems. Thyroid cancer was diagnosed and I had my thyroid removed. A pre-cancerous polyp in my colon was found and it was also removed. Again, three cancers completely unrelated. I’m trying to find out what the record is. Either way, the score is Cancer 0 – Jerry 3.

I’m still a lucky guy. I feel great and have continued to ignore it all. I often call cancer an adventure because I am amazed by the journey and all I’ve experienced. I recently came across a quote the sums it up for me “Attitude is the difference between an Ordeal and an Adventure.” Again, it’s been a wild adventure.

You got my volunteer passion started. I recently became an official volunteer at Levine’s’ Children’s Hospital. However, the day they officially assigned me to the pediatric oncology unit, my doctor also scheduled me for chemo. So I haven’t volunteered a shift yet, but I have the ID and hope to soon.
I started chemo again last week. Looking at a bone marrow transplant at Duke later this year that will keep me at Duke for 3 months. Had chemo this morning and hit the gym this afternoon. Drinking a beer as I write this.

So, why have I gone into all this? I admire you, your passion and determination. I feel I owe you not just an explanation to “where the hell have you been” but also an update from a friend.

My best to you, Mason and the entire DrumStrong army. Keep the emails coming. I WILL see you soon.

Create a TEAM, come out enforce, commit to ‘tag-team’ drum all night or with the most people or raise the most $ with your TEAM effort. See https://www.firstgiving.com/fundraiseforanevent/30227#panel/0

DRUMSTRONG has a new office (still at same address but new digs)!

And came home to arrows directing me to the ‘Play Room’ garage.

With the assistance of Mason, Toby, Grace, Dad, David Satterfield, Calvin, Mike and friends, Carola managed to gut the Play Room, install cork floors, remove and reinstall all shelves (and 7 years of contents) from my former space, hook up computers, AND convert my old office into a sweeeeet yoga meditation room. All at her expense.  Again, in 10 freakin days!

Hell, 24 years as a design/build contractor and it would have taken me longer (and I’d a been pullin’ in all kinds of favors to accomplish that).

The last time that space had been altered was when I converted it from a very rough one-car, roll up door, catch-all garage to the Play/Party Room for the boys when Mason was in treatment. They thoroughly enjoyed (and abused) it… veritably trashed it.

It now very comfortably accommodates our work (and a little play as you can see)! 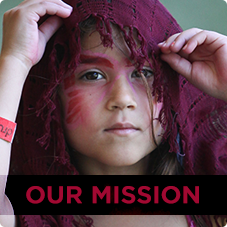 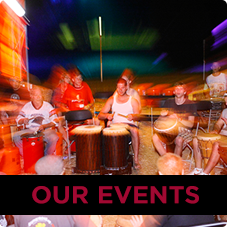